When we think of birth injuries, there tends to be a focus on conditions we can see. You might imagine forceps marks, a brachial plexus injury, cerebral palsy, or maternal injuries to name a few. But there’s one “invisible” birth injury every parent should know, hypoxic-ischemic encephalopathy or HIE.

Hypoxic-Ischemic Encephalopathy feels like an intimidating term; it’s long and it’s difficult to pronounce. However, when we understand the medical terminology behind these words we see that this “HIE” is a pretty simple concept. 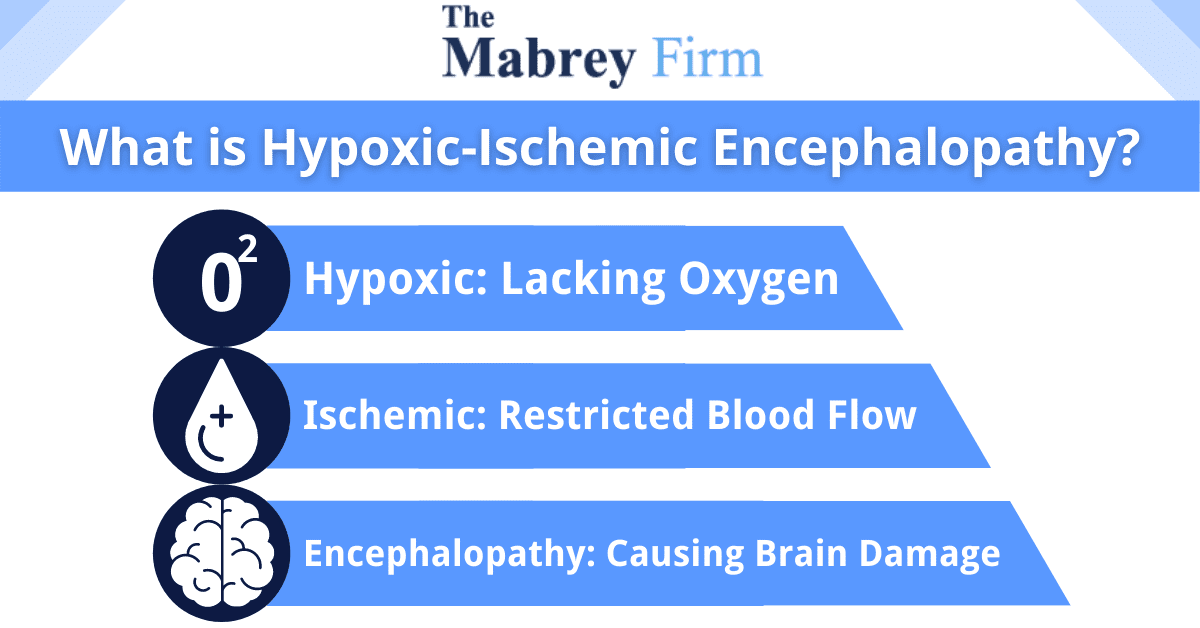 Put these terms together and the birth injury becomes clear: The baby experienced brain damage because their blood wasn’t carrying enough oxygen.

Causes for this birth injury are most often due to delays in the birthing process and maternal complications. If you suspect your baby suffered from HIE in the delivery room, you should look for a few of the most common causes. Anything that might cut the baby off from oxygen could be a contributing factor. That might include situations where:

What Are the Symptoms?

HIE is a latent birth injury, meaning the full symptoms won’t be apparent until the child is older or misses crucial developmental milestones. Infants impacted by HIE may present organ dysfunction and epilepsy. As the child grows older, they may show signs of cognitive impairment, limited emotional expression, and poor motor skills.

If you suspect your child suffers from HIE, you should talk to an experienced birth injury attorney as soon as possible. In Georgia, you have until your child’s seventh birthday to identify a latent birth injury and file a claim.

If your child was diagnosed with a brain injury, we are here for you. If you’d like to schedule a free case consultation with an experienced Atlanta medical malpractice attorney from The Mabrey Firm, don’t hesitate to give us a call at (404) 814-5098 or send us an email.